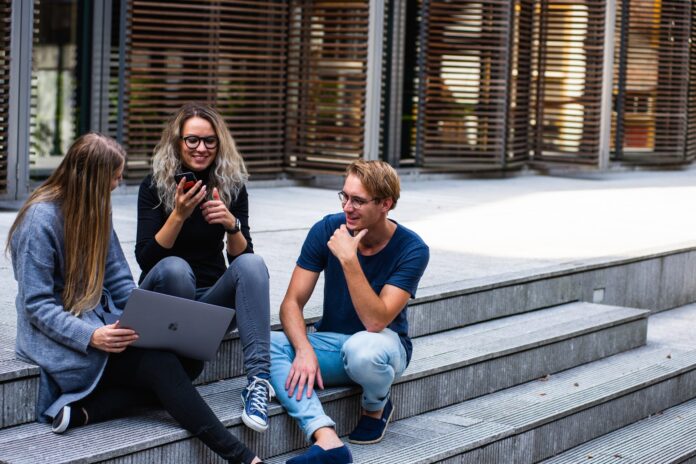 One of the biggest barriers to a bachelor’s degree is the cost. The average cost for one year’s attendance including tuition, fees, room, and board from a four-year school was $26,593 in 2017, and that amount seems to climb every year. Compared to the cost for attending a two year school, also including tuition, fees, room, and board which is $10,598 per year, four year schools really come at a premium.

Many students choose to earn an associate’s degree at a community college, or two year school as a way to save big money on the overall cost of their education. Community colleges have associate’s degree programs set up for students to earn their degrees in a number of different disciplines, which can then be used to transfer to four-year schools. One of the more popular is an associate of arts degree, or an AA, which can be used to enter most four year liberal schools with half of the credit requirements for a bachelor’s degree met.

In many states, community college systems are specifically designed to help guide students to programs at four-year schools within the state. If you are considering pursuing an associate’s degree as a stepping stone to a bachelor’s degree, it’s a good idea to talk to academic advisors or admissions counselors at both the community college and the four year school you’d like to attend to assess how well an associate’s degree would transfer into the bachelor’s degree program you’re interested in.

Another great advantage of attending a community college is the location. While many people have to move in order to attend a four year school, two-year schools are often more accessible. This comes with several advantages, not only saving travel costs but allowing you to possibly continue to live at home with family in order to save big bucks on both room and board. Pared down to just tuition and fees, the costs for a community college education fall even lower, making the overall costs of your eventual bachelor’s degree much more reasonable.

Community college can also be an excellent choice for students who are unsure what course of study they’d like to pursue. Students can enroll and begin to take classes that will fulfill general requirements and see which areas are of most interest to them, or which areas they have the most aptitude for. This allows the student to work productively toward a degree without committing to an expensive four-year school when they’re not certain what major they will eventually pursue.

Some worry that the social experience at a community college is different than that of a four-year school, but that varies greatly according to the school. Many community colleges have involved student bodies and a vast array of extra-curricular activities for students to engage in, along with the athletic programs and other events that are more often associated with four-year colleges and universities.